We have several email lists. For example, one for people that have been on our webinars. Another for customers and yet another for our blog readers. In total we have 6 active lists.

But the other day as I looked at one of our larger lists I got a strange feeling. We send at least 2 emails to this list each month, yet our open rates and engagement are lower than they should be.

This isn’t uncommon. 40% of people on a given email list is made up of inactives (people who don’t open or click your emails) according to Silverpop.

As I gave some thought to what we could do about this I uncovered some pretty eye-opening data.

Here’s the thing: Having inactive subscribers can cost you (in more ways than one).

Most people don’t remove inactive email subscribers because they believe that the subscriber might buy from them or take action in the future even though they haven’t taken action now.

There is truth to this. In fact, most subscribers won’t contact you or buy from you right away. It can take weeks, months, even sometimes years.

I know this may sound like ‘mixed messages’. I assure you it’s not. It comes down to how we classify an inactive subscriber. Let me explain…

Most people think about an inactive email subscriber as someone that doesn’t open an email. They look at a single email or different emails – but they focus on a specific campaign. That’s a mistake as you’ll get unreliable results.

When we say inactive what we’re really talking about is a subscriber that hasn’t opened or clicked on one of your emails for a significant period of time. It may be a matter of months or the last 20 campaigns you’ve sent.

The first is interested. They are engaged. They may not have taken the action you wanted them to as quickly as you’d like – but they likely will at some point.

In the second scenario the person isn’t interested any more. By looking at the data you can clearly see that they haven’t opened your emails for a significant period of time. This measurement is called “Open Reach” as Karen Talavera covers in this MarketingProfs article.

3 WAYS IT COSTS YOU

There are three clear ways that having inactive email subscribers costs you:

In a case study by Marketing Sherpa on TBC Corporation deliverability of emails improved from 50% to 90%. That’s almost a 100% improvement. Almost double the number of people that will actually see your emails.

What did TBC do to achieve this? Two things: 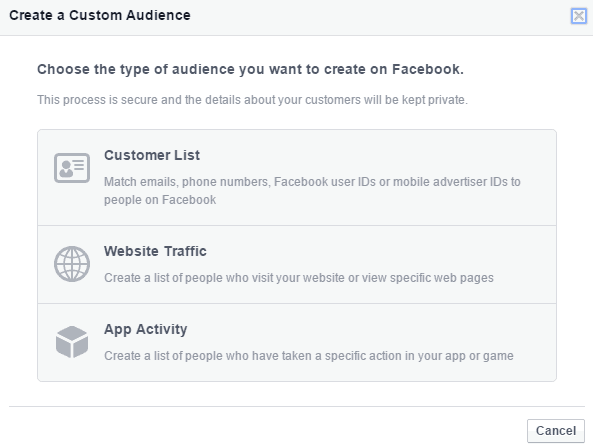 WHAT I’M DOING ABOUT IT

Over the last several weeks we’ve been rolling out our own re-engagement plan. Some of you may have received an email from me about this.

In that email I simply wrote to explain that I noticed that you hadn’t opened or engaged in one of my last 20 emails. That I respect your time and wanted to know if you’d like to continue receiving emails from us.

I then offered a clear and easy way to leave the list by clicking on the unsubscribe link.

What’s interesting is the types of responses I got. Emails have been pouring in from people saying things like “Michael, thanks so much for your emails. I’ve been traveling for the last 3 months and haven’t had a chance to….” I heard all kinds of reasons and I respect them all.

Here’s an example of one of many I received…

You may be wondering how I got people to open an email if they hadn’t for such a long time?! Well, I used the advice I gave you earlier in the article…’use a catchy subject line’

I’m already seeing our numbers improve. This all goes to show that a BIG list isn’t what’s important. Focus on cultivating and growing a list of loyal readers who are active and engaged.

Would you like help with your own web marketing strategy? If so take a look at ourcoaching program.

What are your thoughts on this? Would you like more posts like this? Or never again? Let me know in the comments below. Thank you for reading!

This website uses cookies to improve your experience while you navigate through the website. Out of these, the cookies that are categorized as necessary are stored on your browser as they are essential for the working of basic functionalities of the website. We also use third-party cookies that help us analyze and understand how you use this website. These cookies will be stored in your browser only with your consent. You also have the option to opt-out of these cookies. But opting out of some of these cookies may affect your browsing experience.
Necessary Always Enabled
Necessary cookies are absolutely essential for the website to function properly. This category only includes cookies that ensures basic functionalities and security features of the website. These cookies do not store any personal information.
Non-necessary
Any cookies that may not be particularly necessary for the website to function and is used specifically to collect user personal data via analytics, ads, other embedded contents are termed as non-necessary cookies. It is mandatory to procure user consent prior to running these cookies on your website.
SAVE & ACCEPT
Loading Comments...